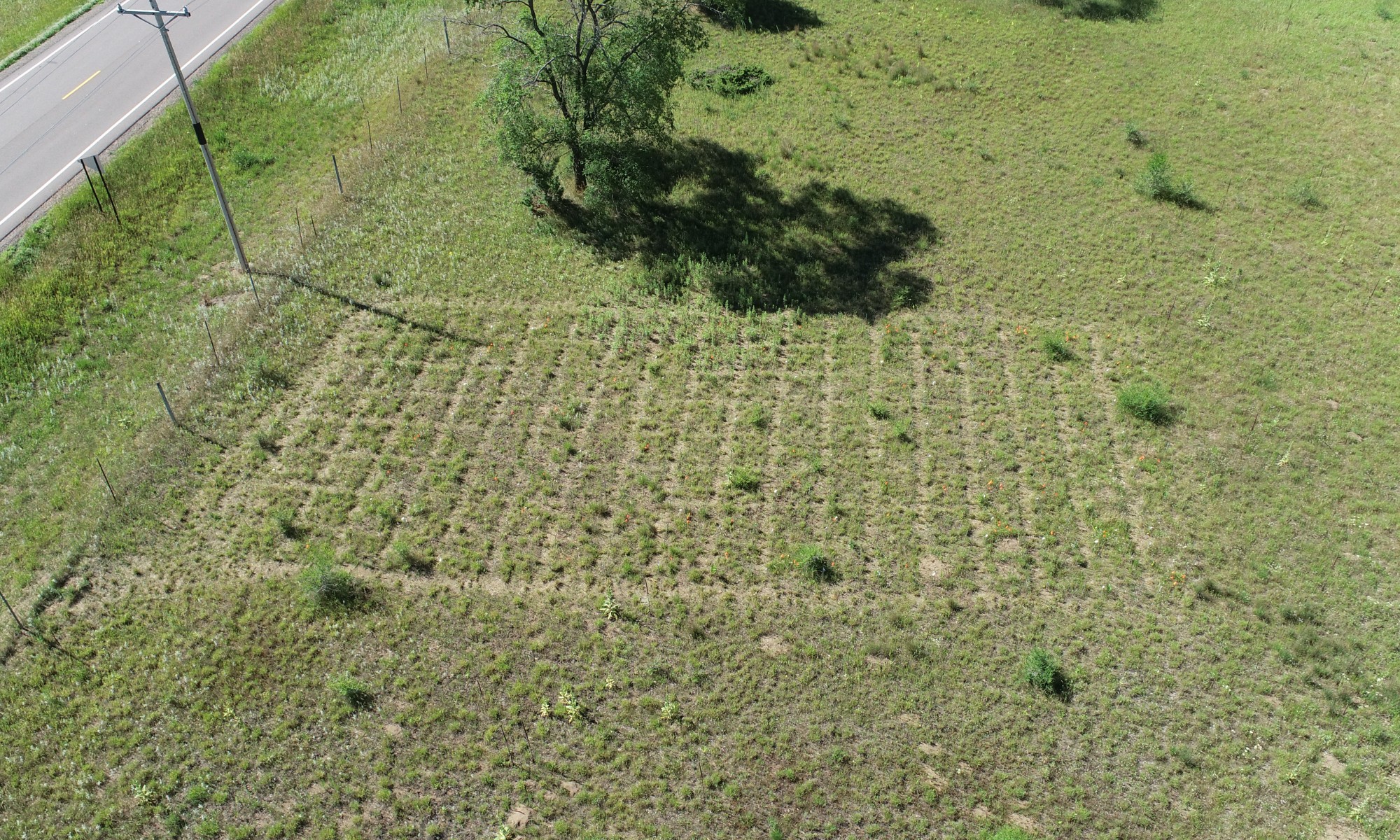 I have just returned from three months at Cedar Creek Ecosystem Science Reserve, an amazing field station run by the University of Minnesota. I was there to set up an experiment on the enemy release hypothesis, which states that alien species succeed because they are released from their native enemies (e.g. predators, parasites and pathogens) which limit them in their native ranges. Using sixteen different grassland species as our ‘invaders’, planted into two different community contexts and hand-treated with combinations of insecticide and fungicide, we will explore the contexts (if any) under which enemy release facilitates invasion success.

The season was a busy one – everything adds up fast when you are trying to establish 288 plots, or hand-paint over 1500 seedlings with pesticide! But thanks to a great team of staff and interns at Cedar Creek, we got the experiment in the ground and some great preliminary data collected. The experiment will run for another two years, to see how enemy release affects both our target invaders, as well as the wider plant communities.

One of the great things about Cedar Creek is the amazing community of researchers that are there alongside you, providing plenty of people to learn from, as well as have fun with! While at Cedar Creek (which was also my first time in the USA!) I tried my first smore and about fifteen different flavours of Oreo, had a blizzard from Dairy Queen (apparently a must), helped to count bison, and played many plant-related games (I will never forget the stress of Avocado Smash). I look forward to coming back next year to see everyone again and to see the progress of the experiment – watch this space!

One Reply to “A field season at Cedar Creek!”